We do not have a male at the moment

Bertie is a lilac and white longhaired LaPerm boy and is Alonzo's son. He has an amazingly curly coat and produced some lovely kittens for us before going to live in Belgium. He is the first male LaPerm to become a GCCF champion.

Quincunx Allons-y Alonzo is a chocolate BCR longhaired LaPerm. He is a sweet-natured and playful boy who fathered two lovely litters of kittens for us and is now living with Rebecca and her family.

Noah is a lilac BCP & white longhaired LaPerm, bred by Penni Cragg. He is a big baby, very playful and energetic, but also soppy and cuddly. He has fathered two nice litters of kittens for us and is now neutered and living in Scotland. 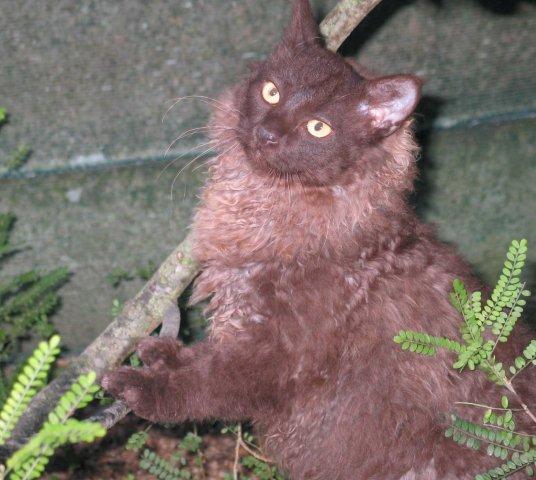 Males used in our breeding programme in the past have included chocolate longhaired LaPerm Coiffurr BC Cappuchino (known as Chino), bred by Twink McCabe in New Zealand and imported into the UK. 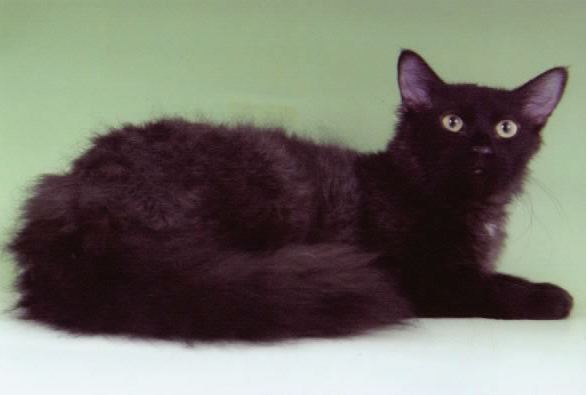 Quincunx Curly Coyote (known as Wiley) was Chino's son. He was a black longhaired LaPerm and stayed with us until he had fathered three litters of his own. They were lovely kittens and included Quincunx Dill Pickle, who was a stud cat, and Quincunx Yakso Hunilkih, who went to America as a stud. Wiley went to Scandinavia and fathered some more kittens there before retiring. 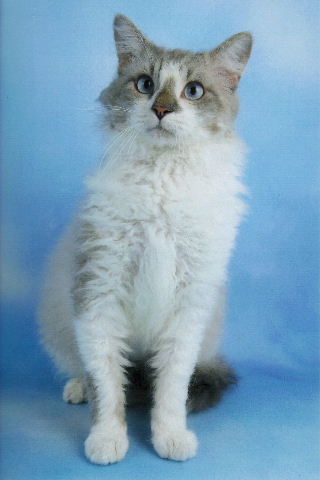 Smeralda's BC Union Jack, Blue Tabby Point & White Longhaired LaPerm, was bred in Germany by Sylvie Groenveld. He fathered four litters for us during 2007 and 2008. His kittens born here included Quincunx Jackalope Po and Quincunx Bunyip Bagatelle, who both went to help the breeding programme in the Netherlands. 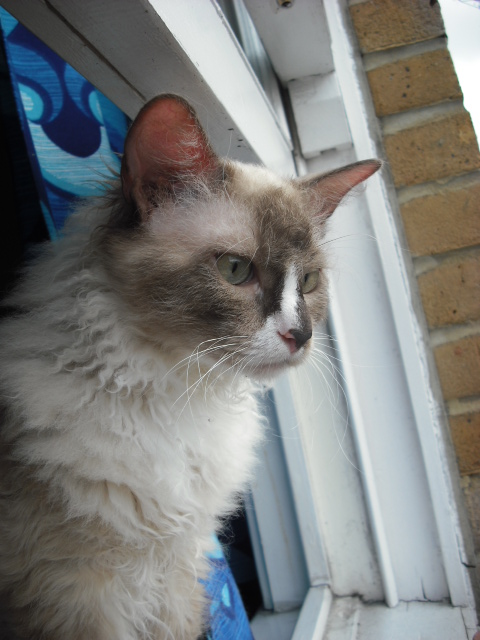 Champion Coomakista Crusader, Chocolate Darker Points and White Longhaired LaPerm, fathered a lovely litter for us before moving to the Vom Feld cattery in Germany to woo some more ladies before he retired to a pet home.